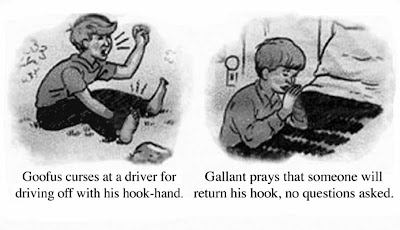 I trying to see all the Oscar nominated films. I mean ALL. If the Lagoon, LA GOON theater in Minneapolis had had their shit together. I could've seen ALL the Oscar nominated animated films shorts. The "Maestro" played twice and they tried to tell people that's how it was meant to be shown. Nice try, guys. Most of us stormed the ticket counter like the passengers of United flight 93 (see the movie if you need a visual) and we pounced on those bastards. With knives, took control of the... oh sorry...lost my thought.. Those who complained got a free movie pass. Me, included. And there's only a tiny few seconds of "Lifted" online. Who's got an AVI?

Anyway like United 93, it seems there are alot of brutally violent films to watch. Even the animated films had some death. A character hangs himself. Geez!
Posted by Debora Drower at 2:58 PM