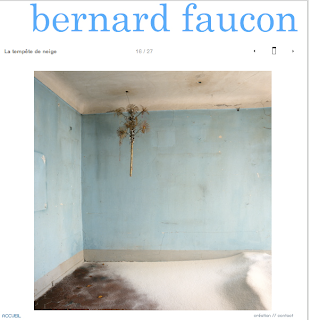 I have adored this photo, this artist since I first saw this show at the MOMA eons ago. I have my own - and it's also called the Rooms of Love. Above is my latest shot.


I also shot it two years ago. I've got to get other people to love it as much as I do.
Posted by Debora Drower at 11:18 PM No comments:

I heard Fight The Power this morning coming into work. It was good to scream along with Flava and Chuck D because I am stressed. I’ve had too much shit going on and the shit aint stoppin’ neither. Last weekend we went back to Medford, WI to visit Phil and Eleanor’s for dinner and it was so cute. I’ll have to write more on that trip when I’m not in a bitching mood. A friend called last minute for a concert at a lesbian bar on Sunday. Then Monday, a ghost tour in the Halloween Capital of the world. I had to scramble to get everything ready for the Halloween onslaught. I had 130 kids and I was on a sugar high until about 11 pm. A local indie ghost movie (only one showing) was last night. There’s a musical tonight. At some point, I want to watch my Thursday night NBC TV funfest. And then today, I head a friend is having an art opening on Sunday. SHIT! It’s too much. And I owe these friends who’ve come to my shit. But does it all have to be right the fuck now. Right the fuck now. I can’t wait for Sunday night when it’s all the fuck over.

I'm ready and hyped plus I'm amped
Most of my heroes don't appear on no stamps!