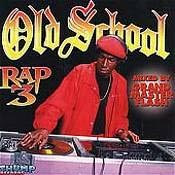 Back in our MCAD days, I’d go to Caroline’s and we’d listen to Public Enemy. There’s a line in the song, “Fight the Power” where they sing, “I'm ready and hyped plus I'm amped, Most of my heroes don't appear on no stamps.” Then we both started using the word amped and no one could remember who started it first. I claimed because she had the album, it was her. She thinks it was me. Either way amped, amping is OURS.

On my birthday this year, I get a garbled voice mail message. I almost delete it. It’s not name I recognize on the Caller id. It is an Austin, TX number. The person is calling from it sounds like a Public Enemy concert. It sounds like the “amped” part of the song. I had to play it a few times. I send Caroline an email wondering if it was her. She was so proud I figured out it was a friend’s cell phone and yes at a Public Enemy concert. And I share a birthday with Flava Flav!!!

Today, I’m the white guy in the car screaming along to Public Enemy. I pull up at work, turn off the music and a black guy parked in car nearby asks what I was listening to. I cannot believe an older black guy would not know Public Enemy. He didn’t. And tells me the singer sounds like James Brown. I break it to him that it’s an old angry rap group. I walk into work laughing. I have to find someone and laugh about a tiny white girl telling a black guy about Public Enemy. Sad. Makes you want to amp about it.
Posted by Debora Drower at 7:33 PM