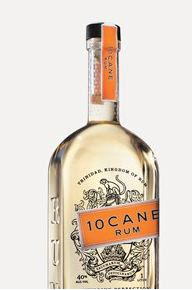 Vizzini: [Vizzini stops suddenly, and falls dead to the right]

Buttercup: And to think, all that time it was your cup that was poisoned.

Man in Black: They were both poisoned. I spent the last few years building up an immunity to iocane powder.

When I bought this rum I swore it WAS Iocane. I still think it is. And if you drink enough of it - you do build up an immunity - to pretty much any liquor.
Posted by Debora Drower at 12:09 PM